Philadelphia Scientific are a proud sponsor of the Gearaffes, a successful robotics team who are currently ranked #1 out of the 128 teams in the FIRST Mid-Atlantic District.

North Penn High School and North Montco Career center have been brought together again to continue their success in FIRST Robotics Competition. The Gearaffes fell short last year in their qualifying competition rounds, however, this year they’ve had much more success, with a newly designed and improved robot. 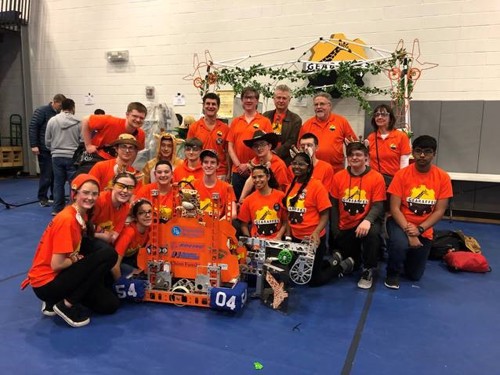 Over the course of the last month, the Gearaffes have prepared tirelessly for their competition weekends. They competed for the first time in a local qualifying match in Westtown, PA. At this competition, the Gearaffes found themselves at seed #1, and headed into the playoffs. Unfortunately, luck wasn’t on their side, as the Gearaffes were knocked out in the semi-finals due to motor malfunctions.

As the next competition was looming, they went back to the drawing board, figured out what the problem was, and worked fast to make their robot the best it could possibly be.

At their second local competition, held in Springside Chestnut Hill Academy, they were able to capture the second overall seed and head into the playoffs. All of their hard work paid off as they were crowned the winners of the entire event. To put the icing on the cake, they were also given the “Engineering Evidence” award for their unique ball intake device. 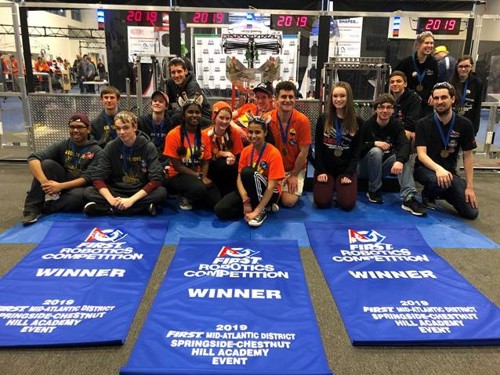 The Gearaffes will be competing at the regional competitions in Lehigh University on April 4th-6th, and have their eyes set on getting into the World Championships, hosted in Detroit, April 24th-27th.

Continue following their journey and team updates at https://www.frc5404.org/